Another really enjoyable day out but again with no return this time. And if that's all you need to hear then catch you next time...

Otherwise, Ade and I returned to Borrowpit Tamworth hoping for tench and bream. I had the day off work so arrived mid-morning and was in no rush to start so did a lap of the lake equipped with my fishy senses. I scoured the surface a-plenty but didn't see anything which screamed back.

The SW wind was battering into the Snowdome bank but we pursued a hunch and fished with the wind at our backs for the afternoon until I made the move into it's teeth at teatime.

A method feeder with some of last times defrosted leftovers was launched into the middle distance after a patrolling bream and the tench rod with maggots and worms fished closer in.

The wind at my back coupled with braided mainline and a carp rod sent the method ball out with a sploosh. 56 turns out on my 4500 reel was my best shot but my average was 50 turns. I took to counting the handle turns on the retrieve after it had been quiet for a few hours to give myself the confidence that I was laying some nice method mounds of bait within a tennis court sized area throughout the day. The rig would catch I was sure of that so was just trying to backfill the hint of ebbing confidence a motionless bobbin can provoke. 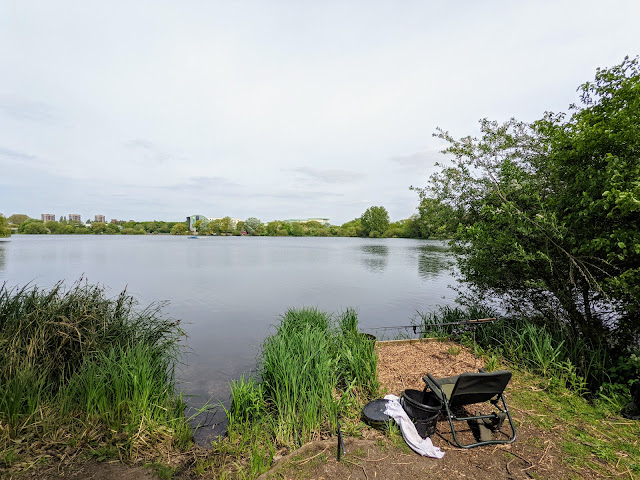 After each recast I spent some time up a tree continuing to scan for signs of fish on the surface. I was prepared not to catch again as this is an expansive sheet of water without dense stocking but my targets for the day were at least an indication then next some sightings of our targets. 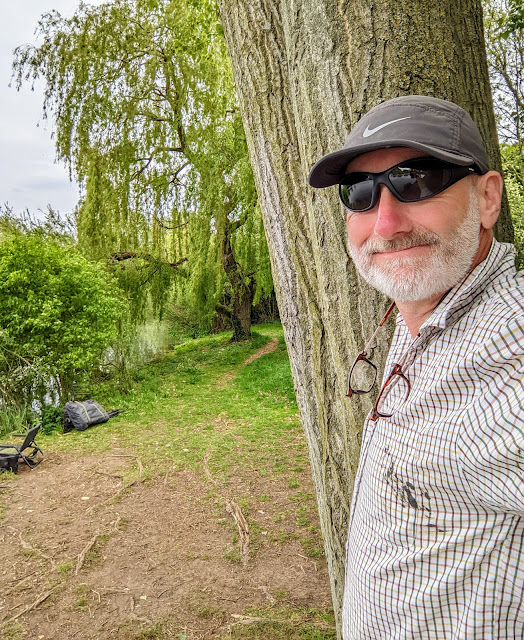 True to form the bream rolled at a distance greater than 56 turns whereas the margins remained motionless for tench.
After our quiet afternoon the urge in my gut to move was so strong I started to feel physically uncomfortable; twitchy and I'd go as far as to say mildly irritated. We agreed to divide and defeat and I hot-footed it to the windy bank where I commenced the whole process again. 46 turn average with a strong crosswind should you be interested but with a bugger of a line lay after touchdown needing straightening up. 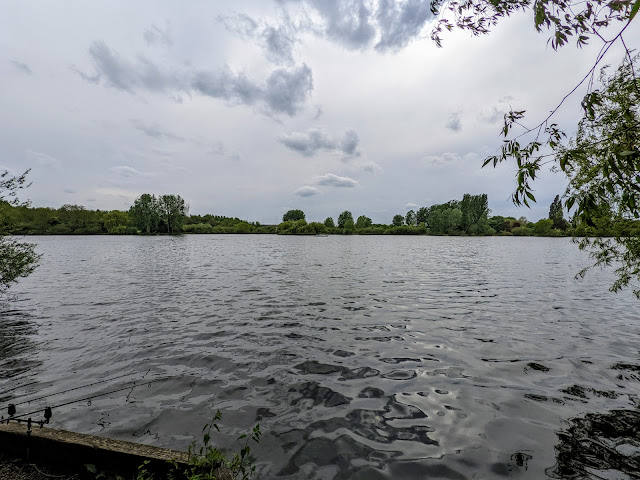 After my move we remained in contact on the phone only for Ade to report he'd seen some bream rolling just beyond where I was originally fishing. I'd made my choices so invited him to fish over my bait if practical.
Apart from a jaggy rise of the bobbin and the worm coming back gone (if that makes sense) from my margin rod that was that. The Sea Scouts arrived about 7pm and tear-arsed around in a motor boat before launching their oar powered craft from the floating pontoon in the center of the lake. I do not hold them responsible at all for me not catching.
Still learning then, cheers.